Klaus, the new chairman of Parma, recently accepted an interview with La Repubblica. He expressed his hope that Parma can be as pure and rich as the red wine made in his own winery. He also revealed that he is a fan of Juventus and Palermo, and he and Chie Lini is a good friend. 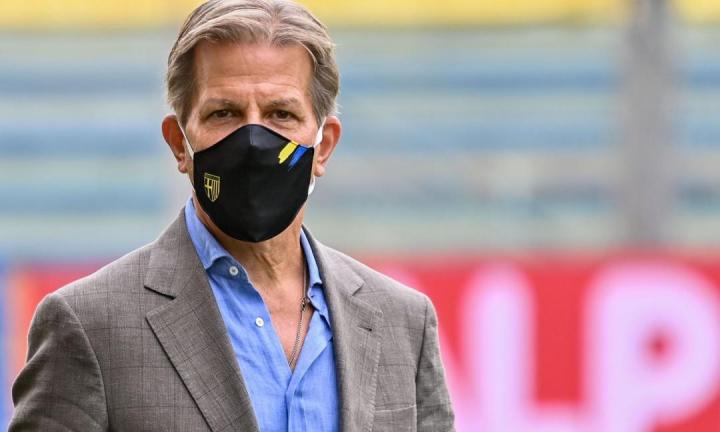 Klaus said: "I have always wanted to buy a club, and now I have realized my dream. All my businesses are family and global. Palma is a fertile soil, just like the United States. I hope that Parma is building better and better. It is built to be as pure and full-bodied as the wine produced by my Alta Langa Zero winery, pure natural and without additives, growing little by little and constantly growing."

"We must grasp the youth training, give young players the opportunity to enter the first team, and build a multifunctional, modern, covered new stadium that can match the passion of our fans."

"Our goal this season is to play steadily, complete relegation tasks, and lay a solid foundation for the team."

"I am a Juventus and Palermo fan, but the first day after becoming Parma chairman, I removed the Juventus sticker on my laptop and replaced it with Parma."

"The match between Parma and Juventus will be held on December 20. I am looking forward to this day because it is also my wife’s birthday. I hope I can give him a beautiful gift. I hope Ronaldo or Chiellini will not mess up. My birthday party, by the way, Chiellini is a good friend of mine."